A tourism industry on the brink 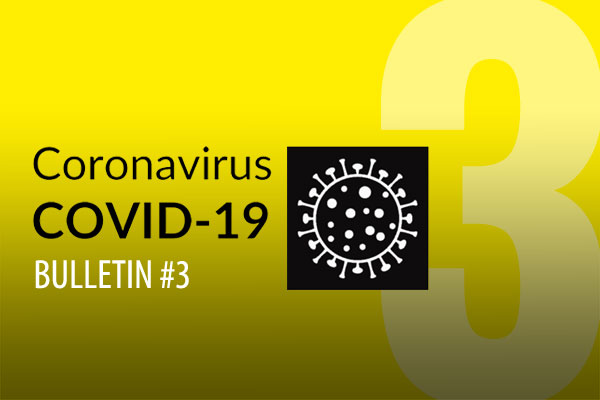 An immediate and devastating impact

With Irish society and its economy in a state of enforced paralysis it is at times difficult to look forward with any degree of confidence to normality. The phrase “this too shall pass” is a cliché at the best of times and now at the worst of times it seems glib and unhelpful. The saying has a biblical origin and Covid-19’s wrath seems to be of biblical proportions currently. However, all medics and health experts do confidently point to a Covid-19 containment period – look at China’s progress in halting the spread as an example – and a vaccination must be expected at some point considering the pace and urgency of research being conducted.

Once Ireland is able to function again the domestic economy could pick up quickly. After all there will be pent up demand and hopefully a significant proportion of lay-offs, already announced in the wider economy, will prove to be temporary as businesses begin to trade again. However, Ireland’s tourism and hospitality industry, normally so quick to bounce back after an external crisis, will face a much longer and steeper recovery. 75% of the Irish tourism economy is predicated on international visitation and the unfortunate fact is that there will be little to no overseas tourists to our shores this year. 2021, assuming Covid-19 has passed, is when the recovery will only start but tourism’s fall in the meantime will have been vertiginous and the steepest and toughest of climbs will face the industry.

A public health issue first and foremost, Covid-19 also presents shattering economic implications and the Irish tourism industry has been hit quickest and hardest. It is estimated that over 150,000 people have already lost their jobs, many in the tourism and hospitality industry, and this is set to worsen in the coming weeks. Good tourism businesses and excellent tourism people risk getting dragged under by this tsunami and Government must do much more to protect employers and help keep them in business.

The Irish Tourism Industry Confederation (ITIC), representing the leading tourism stakeholders across the public and private sectors, set out a 3-point plan on March 15th outlining the urgent and immediate measures needed by Government to protect Ireland’s largest indigenous industry and biggest regional employer during this unprecedented and immense challenge. ITIC is part of an emergency Covid-19 tourism taskforce that is chaired by Ministers Ross and Griffin and includes senior Department officials and tourism state agency CEOs. This taskforce is set to meet again on Tuesday and ITIC will be making the strong argument for its 3-point plan to be adopted. Business Survival, Liquidity Measures and Demand Stimulation is the only viable tourism industry blueprint.

Tourism’s recovery – and it will happen – needs to be led by industry, enabled by Government, and supported by Agencies.

It is self evident to state that Government and financial support is required urgently now if Ireland is to have a tourism industry still standing once the crisis passes. To date Government’s efforts have been, completely understandably, on public health issues and its economic focus has been on softening the blow for employees who find themselves without a job. However, the big gap in the Government action to date has been a lack of significant business and employer supports and this must change without delay particularly for the tourism industry.

Minister for Finance Paschal Donohoe has an unenviable task as the Irish economy nose dives. However, it is clear that Ireland is an outlier in terms of its economic response for businesses and employers to Covid-19. Tentative first steps have been taken – Vat payments, bank commercial loans, and local authority rates all deferred for 3 months – but these are wholly inadequate to the size of the challenge confronting the 20,000 tourism and hospitality businesses up and down the country. The timeframe for these measures simply must be extended for the rest of 2020 and deferrals cannot simply mean that business continues to incur the liability albeit at a later date.

Recent analysis conducted by IBEC, of which ITIC is a member organisation, point to the fact that the fiscal measures announced to date by Ireland in response to Covid-19 amount to 0.9% of GDP. Compare this to Germany’s 16.3%, France’s 15.3% or the UK’s 14.9%. Ireland is way behind the curve. Indeed the UK, remiss on its public health responsibilities but bold with its economic response, has shown Ireland the way with a £330 billion package. Furthermore the UK Chancellor has announced paying 80% of salaries in affected companies, a commercial rates holiday for 12 months, and £25,000 cash grants to individual businesses. It would seem that Ireland needs to get very serious very quickly about the business impact of Covid-19 and borrow big, as other European nations are doing, to stabilise the economy. Once this is done, and a multi-billion euro package is announced, tourism and hospitality needs to get a significant share. Ireland’s largest indigenous industry and biggest regional employer deserves no less.

It is time for Government to spend to protect the economy. ECB funds can be accessed at very low interest rates and if ever there was a time to increase national debt to rescue the economy it is now.

The battle for survival

The effect of Covid-19 on the Irish tourism industry has been akin to a war. But instead of bullets and bombs tourism and hospitality businesses have been decimated by grounded flights, cancelled bookings, and non existent demand. Hotels, attractions, restaurants, hospitality businesses, tour operators, activity providers, and many others have had no choice but to close their doors, through no fault of their own, and some may never reopen again.

Just like in the great financial crash of 2008-10 it is incumbent on Government to step in with aggressive intervention and pursue pro-tourism policies. Tourism must be at the forefront of the Government’s economic agenda. The vat rate for tourism services needs to be put at 0% for the duration of the crisis and then left permanently at 9% once the recovery has taken hold, significant increases in overseas marketing budgets will be required, and domestic marketing and product development will need to be ramped up. The incoming Government, of whatever political hue, must appoint a strong economically-savvy Minister for Tourism who can fight for the tourism industry at the Cabinet table. This must include a directive from Government to insurance companies that Government advice to the public to avoid pubs, clubs and restaurants is sufficient for businesses to claim on their insurance where they have appropriate business interruption cover for pandemics in place.

As with any battle there are many unsung heroes and the Irish tourism industry will feature prominently in the national fight against Covid-19. Many Irish tourism sectors are helping in the emergency efforts even as their business world falls down around them. Reports of the K Club and Citywest hotels giving their premises over to the fight against Covid-19, tourism car rental firms offering their fleet to medics, and restaurants giving food and nourishment to emergency workers are some of the many examples.

The next few months for Ireland’s tourism industry is simply about survival. What should have been a bumper spring and summer season is now looking bleak for Irish tourism and it is vital that Government and its agencies deploy all efforts to keep businesses afloat.