Is the darkest hour just before the dawn? 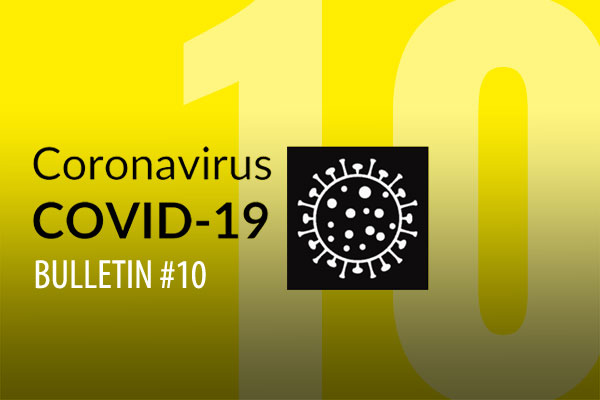 On Tuesday the Government published its “Path Ahead” plan, an updated version of its Living with Covid strategy of last autumn. Like its predecessor the new plan is flawed and weak on specifics and crucially offers Ireland’s tourism industry little clarity as to when it can recommence trading.

Understandably Government is wary of making commitments that they fail to deliver on but the contrast to Westminster’s reopening plan from the start of the week could not be more striking. As incompetent and hapless as Boris Johnson’s Government has been in handling the pandemic, it has proved much more ambitious and adept with its vaccination programme and thus can look confidently to a summer of business.

What is clear is that while Ireland’s tourism and hospitality industry is under enforced closure it will need increased sector-specific support for the rest of 2021 if it is to survive this existential crisis.

Boom to Bust in the blink of an eye

In 2019 tourism was Ireland’s largest indigenous industry and biggest regional employer. The Irish Tourism Industry Confederation (ITIC) estimate that revenue has fallen by 90% in the last 12 months with a staggering 160,000 job losses in the sector. Within the Government’s own Path Ahead plan it is acknowledged on page 16 that the tourism sector is the industry hit hardest by the Covid crisis.

The collapse has been vertiginous and shocking and thousands of businesses are teetering on the brink.

In that context Government must intervene in a catastrophic market failure not of the industry’s own making. ITIC welcomes Government support to date and acknowledges that crucial schemes such as the EWSS and CRSS have now been extended to June 30th, as has the commercial rates waiver, but more will be needed. These supports will need to continue for the whole calendar year and business continuity grants through Fáilte Ireland will need to be topped up urgently to ensure the oxygen of cash is allocated to tourism enterprises.

Remarkably within the new Path Ahead plan – and despite Minister for Transport Eamon Ryan being at the press briefing – there was no mention of restoring international connectivity. As an island nation Ireland is evidently exclusively dependent on air and sea access and we must plan a restoration of connectivity in a safe manner with a scale-able testing regime as well as exploring the use of health passports. The idea of leaving a “closed sign” above the country would have an enormously damaging legacy for tourism as well as broader economic reasons.

IATA – the global trade body for airlines and soon to be headed by ex-Aer Lingus and IAG CEO Willie Walsh – is trialling a health passport and Ireland should be taking a lead on this and proactively trying to a secure a multi-lateral EU solution. Government’s expected report next month on the optimal use of antigen testing will hopefully mean that this alternative to the costly and unwieldy PCR test can be used for international travel this summer.

Ryanair has received much criticism for its “Jab and Go” ads but certainly the Irish Government should be encouraged to “Go and Jab” – the speed and efficacy of the rollout of the vaccine is the key to restoring our economy and our beleaguered tourism industry. Comparisons to the UK, US and certainly Israel are not complimentary and society as well as the economy is desperate for the programme urgency to grow at pace.

It may be a cliché but the vaccine does represent a silver bullet. It will allow the domestic tourism and hospitality economy to reopen and international tourism to recommence. Taoiseach Micheál Martin confirmed on Tuesday that 80% of adults would have received at least one dose of vaccine by the end of June signifying that restrictions may be relaxed from July 1st.

Some lazy commentary suggests that the staycation market will be enough for Ireland’s tourism and hospitality industry this summer assuming restrictions are lifted. As welcome and important as the domestic market is it can sadly never make up for the loss of earnings that is generated from overseas tourism. Saying that we need to do all we can to encourage home holidays this year and in that context Government needs to redesign and relaunch its Stay and Spend Scheme. Flawed from the outset, and designed as a complicated tax rebate, this scheme has been further undermined by rolling lockdowns. The current restrictions – allied to the poor design – mean that the scheme needs to be relaunched as a consumer-friendly upfront voucher for every household redeemable against all tourism and hospitality businesses operating in the state.

Ireland’s tourism industry has not waited on Government to set a policy on how the sector can recover. Instead, earlier this month a comprehensive roadmap for the sector was published by ITIC at a major virtual conference. ITIC’s Plan includes 27 recommendations grouped into the 3 areas of Survival, Revival & Sustainable Recovery. The online plan can be accessed here or download PDF here.

ITIC’s Plan outlines 3 scenarios for growth, the most optimistic of which sees inbound tourism recover to Ireland in terms of jobs, revenue and volume by 2025. This is predicated on macro-economic and public health factors going in tourism’s favour and pro-tourism policies being pursued by the Government. 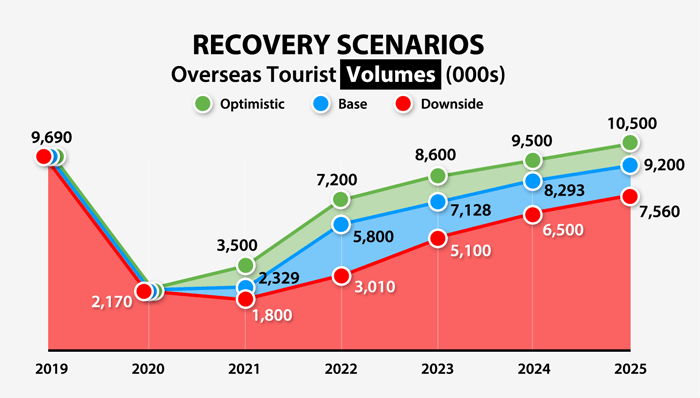 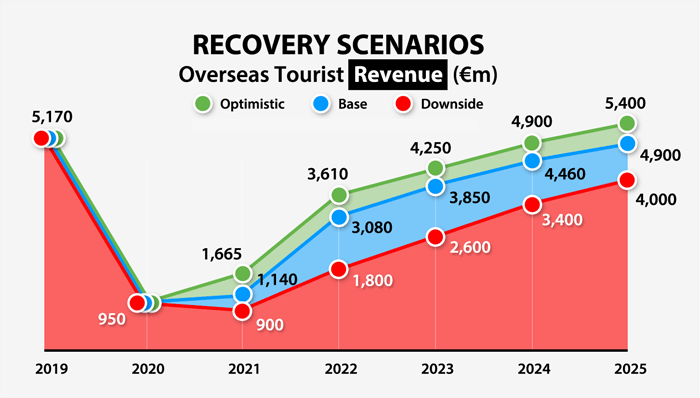 The Industry’s Plan was launched at ITIC’s conference – Leading the Tourism Recovery – and this was moderated by broadcaster and journalist Dearbhail McDonald and a stellar agenda of speakers over a 3 hour live broadcast included ITIC Chair Ruth Andrews, aviation supremo Willie Walsh, Minister for Tourism Catherine Martin, Immunologist Professor Luke O’Neill, and an industry panel including Fáilte Ireland CEO Paul Kelly and Tourism Ireland CEO Niall Gibbons. The full play back of the conference is available on www.itic.ie and it includes the inaugural Eileen O’Mara Walsh Industry Lifetime Achievement Award which was presented to former Guinness Storehouse MD Paul Carty.