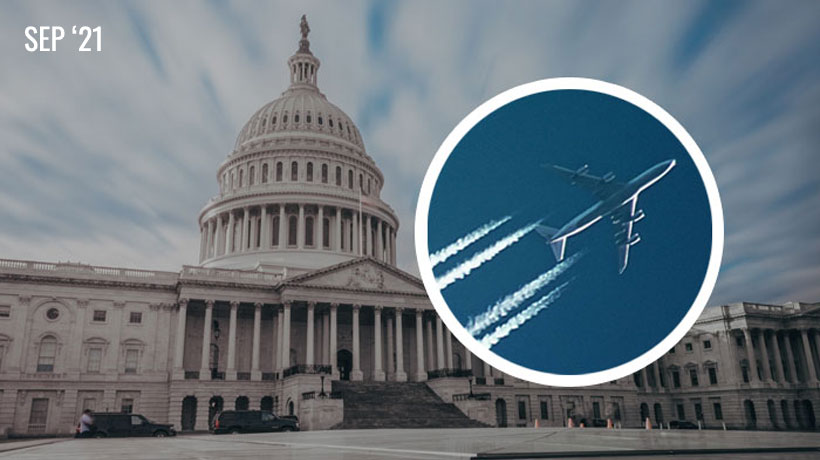 The decision last week of the Biden administration to lift the travel ban on vaccinated Europeans entering the US was met with a collective sigh of relief by many interested parties back in Ireland. For individuals it gave hope that they could travel across the Atlantic to see friends and family for the first time in over 18 months. For business it was a long overdue decision that will help Ireland restore its connectivity with a key trading partner.

Vaccinated Americans of course have been allowed travel to Ireland and the EU since July and there has been enormous frustration that this policy wasn’t reciprocated by the US administration. Taoiseach Mícheál Martin wrote directly to President Biden on the subject and Ireland’s outgoing ambassador in the US, Dan Mulhall, was not shy about arguing the case publicly. Business interests here, from the American Chamber of Commerce to daa, were particularly concerned that such a key market was being choked off and for Ireland’s tourism industry it was very simple; there would be no hope of recovery if the US market wasn’t functioning.

At first glance, from a travel and tourism perspective, the US decision to relax restrictions from early November seems to be of benefit to those of us heading State-side. Perfect timing for Thanksgiving and some Christmas shopping. But the real winner – and that with a much heftier economic impact – is Ireland’s inbound tourism industry.

Certainty on the transatlantic corridor in both directions allows airlines to begin planning new routes, frequency and capacity. This is self-evidently of critical importance to an island destination such as Ireland. Pre-pandemic Aer Lingus, in particular, had developed Dublin as a strategic hub between the North American bloc and the European continent. DAA had invested significantly in its facilities and the coveted US pre-clearance facilities gave Dublin – as well as Shannon – a competitive advantage over many international rivals. Effectively Europe via Ireland was the destination being sold to Americans. Likewise Europeans had an easy and cost-effective route to the USA via Dublin’s hub. By 2019 this had resulted in 18 different US gateways, operated by 5 airlines, with direct routes to Ireland providing enormous benefit to our tourism industry here. American tourists were spending close to €2 billion in Ireland annually pre-Covid.

Then of course came the pandemic and the success built up over many years came to a shuddering halt.

AOB is often the last item on a meeting agenda but for the tourism industry it is first-up: Access is the Oxygen of Business. Aviation and tourism are symbiotic to Ireland – if the former isn’t working the latter is starved and this has proven the case since the start of Covid. The Irish Tourism Industry Confederation (ITIC) has estimated that the pandemic and associated restrictions have cost tourism and hospitality businesses a whopping €13.4 billion. Government supports to date – principally the wage subsidy scheme, CRSS and business continuity grants – have been vital but they pale in comparison to the economic cost of Covid.

However if the scale of the damage is staggering, the size of the prize in terms of recovery is compelling. In this context the overdue decision by the Biden administration brings much needed momentum. Although there remain issues to iron out including the acceptance of the Astra-Zeneca vaccine by US authorities, the status of unvaccinated children, and Ireland’s position at the higher level of US travel warnings, the decision brings hope that recovery can commence in earnest for Ireland’s largest indigenous industry.

In its recent ‘Survival to Revival’ report ITIC modelled potential tourism recovery from North America in the coming years with the most positive scenario suggesting a return to 2019 levels by 2024/5.

However recovery cannot be taken for granted and is dependent on pro-tourism and pro-aviation policies from Government. First among equals is the need to restore connectivity.

Ireland’s main aviation and tourism stakeholders have been calling on Government to provide a comprehensive stimulus package to reboot connectivity. This recommendation is front and centre of the Aviation Recovery Taskforce report that has sat on Minister Eamon Ryan’s desk for over a year at this stage. It needs to be implemented now with financial supports front-loaded.

There are finally some positive noises in this regard. In the Dáil last week Tánaiste Leo Varadkar said the Government would be “willing to put money on the table to incentivise airlines to restore routes that were lost during the pandemic”. This sentiment is encouraging and suggests that Government have belatedly realised that restoring connectivity is critical to the broader Irish economy. What is key though is the quantum of support – it has to be of sufficient magnitude and meaningfully drive traffic.

In parallel to a major stimulus package to incentivise air and sea access Government must support the tourism industry on the ground in the upcoming Budget. This includes an extension of the wage subsidy scheme out to June, certainty on the 9% Vat rate, and a step change in tourism investment including a doubling of international marketing funds. Employers will also need to be supported in terms of job creation.

Ireland’s tourism industry has a proven track record of recovering from previous crises and creating tens of thousands of jobs. It can do so again if enabled by Government. The positive decision last week on transatlantic travel needs to underpinned by a comprehensive aviation support package and a positive pro-tourism budget.

Irish tourism can recover. Industry is up for the challenge and will deliver. Time for Government to engage.